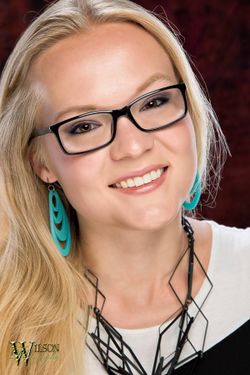 Bonehead Fizzix is a piece inspired by my dad, a real-life mad scientist who obsesses over his inventions, mumbles late into the night while grading his students’ homework, and makes strange noises on his trombone for fun. The title is a term he used once when describing the maddening situation of teaching the most unexciting, simplest physics to college students trying to pass their General Education requirements. (The misspelling is intentional.) My father is also a jazz trombonist who is obsessed with concepts like super Locrian mode and thirds relations (which he wouldn’t stop talking about when I was applying to schools for my master’s in music composition.) Consequently, this piece is riddled with super locrian scales, chromatic mediant relationships and tritones, which mostly came from a piece my father used to play in the car as we went to school (the appropriately named Sound of the Wasp -- an annoying, buzzy tune for trombone and tuba) .

The performance by the University of Southern California Thornton Wind Ensemble featured a "mad scientist" pretending to puzzle through the mysteries of physics with exclamations of incomprehension and discovery, while applying himself to an erasable tablet that he periodically showed the audience.