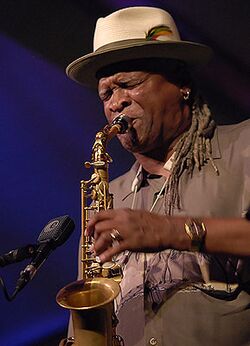 Bobby Watson attended the University of Miami at the same time as Pat Metheny, Jaco Pastorius, and Bruce Hornsby. He graduated in 1975, moved to New York City, and became music director for the Jazz Messengers from 1977 to 1981. After leaving the band, he was productive as a session musician, recording with many artists. He formed or was involved with many groups as well, including Bobby Watson & Horizon, High Court of Swing, the sixteen-piece Tailor-Made Big Band, and was a founding member of the 29th Street Saxophone Quartet, an all-horn, four-piece group.

A resident of New York for most of his professional life, he served as a member of the adjunct faculty and taught saxophone privately at William Paterson University from 1985 to 1986 and the Manhattan School of Music from 1996 to 1999. He is involved with the Thelonious Monk Institute's annual Jazz in America high school outreach program.

In 2000, Watson was approached to return to his native midwestern surroundings on the Kansas-Missouri border. Watson was selected as the first William D. and Mary Grant/Missouri, Distinguished Professorship in Jazz Studies. As the director of jazz studies at the University of Missouri–Kansas City Conservatory of Music, while still managing a worldwide performing schedule, Watson's ensembles at UMKC have received several awards. Watson spent the 2019-2020 academic year as a Global Jazz Ambassador for UMKC.