Blues for a Killed Kat 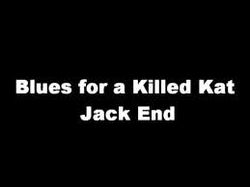 It was the third night in a row, leaving a gig to leave his saxophone in his studio at the Eastman School of Music, that Jack End observed the same dead cat at a curb nearby. Snow was falling, and Jack was really moved by the sad scene of the half-covered long-gone creature. He did what he could and wrote this music.