Big Red One, The 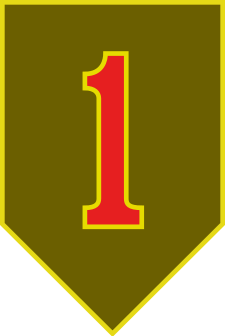 Big Red One is the nickname of the 1st Infantry Division, a combined arms division of the United States Army, and is the oldest continuously serving in the Regular Army. It has seen continuous service since its organization in 1917 during World War I. The nickname was taken from the division's shoulder patch, featuring a large red digit 1.

The 1st Infantry Division served in Algeria, among other places, during World War II. The Big Red One march was composed in the summer of 1943 at Constantine, Algeria, by then Captain Donald T. Kellett who was hospitalized and recovering from wounds suffered during the battle for Hill 609 at El Guettar, Algeria. It was dedicated to Major General Terry Allen, who commanded the Division in North Africa and Sicily, and who awarded Kellett the Silver Star at Kasserine Pass, Tunisia.