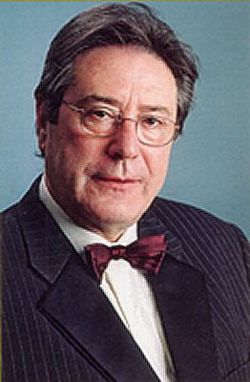 As a guest conductor he conducts orchestras, choirs and bands both national and international, and he gives lectures and articles in several European and American magazines, mainly. He composes music for film and he does research studies and makes several recordings. His published musical works are preserved in the National Library of Madrid.

He has published several books among which stand out The Music Band in the World, 1000 Valencian Musicians and Education for Music.

Adam Ferrero has won the composition national awards "Joaquín Rodrigo," "Manuel Palau," "Premio del Instituto de Estudios Alicantinos," "Maestro Villa " in Madrid (International), the prize of the Fundación Española de la Vocación en Composición y Dirección de Orquesta, award "Ausias March" (Valencia) , award "Amics d'Or", award "Mercedes Massi" to the best academic record. He holds the Master of the Forum de Alta Dirección (Madrid) for his professional career. In New York he was awarded the "Order of Merit " for his contribution to the world of music. The International Music Festival of Cuba gave him the "Golden Baton of the Gran Teatro de La Habana." The recording of his piece Homenaje a Joaquín Sorolla received an "Egrem" award from America

He is an Academic of the Real de Bellas Artes de San Fernando in Madrid, Rector of the Academy of Music of Valencia and Member of Merit of Carlos III Foundation.