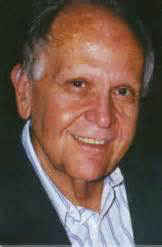 Bernard Howard Gilmore (19 November 1937, Oakland, Calif. – 17 April 2013, Irvine, Calif.) was an American composer, conductor, French horn player, and Professor Emeritus of music at the University of California, Irvine. He is best known for his compositions, including Five Folksongs For Soprano and Band which has become a reputable work in contemporary band music repertoire.

Dr. Bernard Gilmore was raised in southern California and attended Van Nuys Junior High and High School, at which time began to play the French horn and become active in both solo and ensemble performance. Gilmore was in numerous honor groups, including the California Junior Symphony Orchestra directed by Peter Merenblum. He studied the French horn under instructors Fred Fox and Sinclair Lott and was a member of the Los Angeles Horn Club. Gilmore received his B.A and M.A. in composition from UCLA, and his D.M.A. in conducting from Stanford University.

In 1959, he married pianist Phyllis Sandra Markin, who would eventually contribute to many performances of his solo piano works. Gilmore performed in Bruckner's Symphony No. 7 with the Los Angeles Philharmonic, conducted by Eduard van Beinum and under Georg Solti in a performance of Stravinsky's Sacre du Printemps, as well as with the Boston Pops Tour Orchestra on a ten-week tour of the United States. As a professor, he taught at Cornell University and Oregon State University before finally joining the faculty of Universiyy of California, Irvine (UCI) in 1982. Gilmore retired in 2006. He is particularly remembered for his dedication to working with students, both as a conductor and classroom instructor.

Bernard Gilmore began composing at age 24 and continued to write while on faculty at Cornell University. In 1961, he completed his first major work: Four Poems of Dylan Thomas for tenor and orchestra. Shortly after, Gilmore moved to teach at Oregon State University where he continued to compose music such as Three Little Madrigals (1969) and Symphonic Movement for Orchestra (1971). While teaching at UCI, he composed the majority of his works in addition to being the orchestra director, instructor of low brass (French horn, trombone, tuba), instructor of music theory, orchestration, composition, and music literature-history. In 1982, Gilmore accepted a position as Visiting Assistant Professor of Music at UCI, where he spent the remainder of his educational career. Bird of Time (1983) is a work for violin and orchestra, written for violinist Zina Schiff, and premiered with the Irvine Symphony Orchestra conducted by Gilmore on October 4, 1983. It was performed later that year in New York at the Abraham Goodman House in an arrangement for violin and piano. In 1986, when the International Chamber Consort commissioned a work for its 1986-87 European concert tour, Gilmore created Concertino for trumpet, xylophone, and orchestra (1986), intended to be performed by the Duisburg Symphony Orchestra as part of a festival of American music in the cities of Aachen and Düsseldorf. Later that year, he went on sabbatical to Netanya, Israel, where he composed a one-act opera, Lord Byron's Love Letter (1986). In 1998, he was commissioned by the University of Wisconsin to compose a piece for their symphonic band’s tour of the British Isles. Gilmore’s Isles Tryptych was the featured work for this tour. Coffee Date, a one-act comic opera was presented at UCI in 1998 with vocalists and piano, and was later performed with vocalists and chamber orchestra in 2003. An accumulation of many of his compositions were performed for his retirement concert, "A tribute to Bernard Gilmore", given that same year at UCI. Gilmore's compositions influenced the work of other composers including Mark Riley, Jason Barabba, Timothy Melbinger, Kendra d’Ercole, Maxim Vladimiroff, and Darren Wilsey.

Bernard Gilmore's composition style changed significantly throughout the duration of his life. His earlier works, notably the 'Five Folksongs For Soprano and Band, are historically themed and utilize a strong sense of melodic foundation. His later works are genuinely innovative in the scheme of modern music, exploring the vast realm of harmonic chromaticism and atonality. However, even in his later works, such as Coffee Date, he retains the purity of the melody, both in lyric text and instrumentation. Gilmore uses both original and published texts to bind his works together in the most creative manner. His close working with students helped adapt his style for each performer.