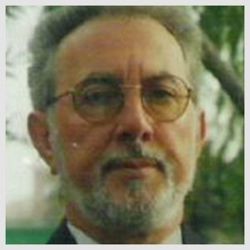 Sanchis began his studies with the maestro José Medina , director of the band of his village, and finished his career at the Conservatory of Music of Valencia with the maestro R. Correl, J. Mª Cervera, M. Palau, Leopold Magenti, Mª Teresa Oller and Josep Climent. He obtained the higher title of trumpet - flugelhorn, counterpoint, fugue and composition.

In 1963 he joined the National Corps of Directors of Civil Bands in the second category, passing to the first in 1980. In 1965 he joined the flugelhorn in the Municipal Music Band of Palma, also performing the duties of deputy director and director.

In 1986 Sanchis won a scholarship of the Delegation of Alicante to enroll in a course of orchestral conducting with Marco Ferrara in Siena, Italy. That same year he was awarded the composition prize "Fogueres de Sant Joan" of Alicante. In 1996 he was awarded the composition prize in the specialty of moorish marches of festive music Sant Jordi of Alcoy . In the year he composed the suite Mar de Almendros (Sea of Almonds), inspired by Alicante subjects and songs of the Spanish Civil War . This work was a required work in the Contest of Bands of the Delegation of Alicante of 2001 and in the Valencia International of 2002 in its 1st category.