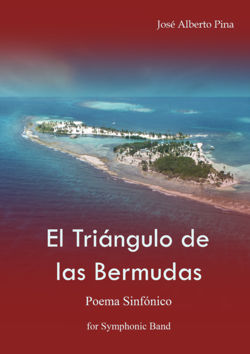 1. The Triangle, the legend.
2. Bermuda, The Island of Eternal Love. Cadencia.
3. Finale.

The legend of this mysterious triangle was officially born on September 16, 1950, when the Association sent to the Associated Press reporter EVW Jones to the area bounded by Florida, Bermuda and Puerto Rico to report the mysterious disappearances of ships and aircraft.

Other researchers claim that the area of the Bermuda Triangle is home to the legendary lost city of Atlantis. Of course I have never found evidence of neither this nor any existing theories so far.

Beyond the legend and the terror that can result in the pilots of planes and boats, the islands of Bermuda hold another charm and mysteries that can not spell, you just have to see them and live them. Also being close to one of the most enigmatic of the world can be quite attractive.

For years, the Bermuda Triangle has been a place of research for the many disappearances of ships and aircraft, but is also of Bermuda, where there is also a legend, but of love, which highlights the beauty of the beaches and pink sand. The color of its waters is attributed to love, which is why it is said that couples who kiss under the arches of stone and coral called Moongate have secured the happiness and good fortune.