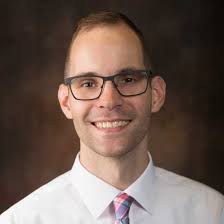 Benjamen Blasko (b. 1990, Johnstown, Penn.) is an American composer and doctoral student.

As a recording engineer, Ben has been involved in the recording, editing, and mastering processes for many world-class organizations including, but not limited to, the IUP Wind Ensemble, Messiah College Wind Ensemble, Dr. William Stowman, Mark Clodfelter, Tromba Mundi, Agora Brass Ensemble, Keystone Wind Ensemble and Covalence. For the past eight years Ben has studied recording techniques with Grammy Award winning engineer Bruce Leek.

He is a founding member and the artistic director of the Agora Brass Ensemble, an ensemble made up of graduate students and music educators from across the United States.

In 2018, Dr. Blasko accepted the position of Director of Instrumental Studies and Visiting Professor of Music at Lipscomb University in Nashville, Tenn.