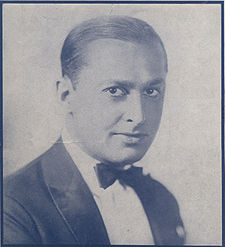 Bernie attended Columbia University and the New York College of Music. By the age of 15 he was teaching violin, but this experience apparently diminished his interest in the violin for a time.

Bernie did vaudeville, appearing with Charles Klass as The Fiddle Up Boys in 1912 and with Phil Baker as Baker and Bernie, but he met with little success until 1922 when he joined his first orchestra. Later, he had his own band, "The Lads," seen in the early DeForest Phonofilm sound short, Ben Bernie and All the Lads (1924–25), featuring pianist Oscar Levant. He toured with Maurice Chevalier and also toured in Europe.

His musical variety radio shows through the 1930s, usually titled, Ben Bernie, The Old Maestro, were hugely successful, with ratings placing him among radio's top ten programs. His theme was It's a Lonesome Old Town and his signature trademark, "yowsah, yowsah, yowsah", became a national catchphrase.