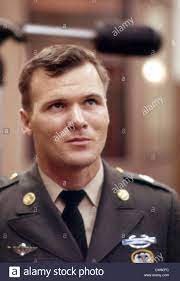 Sadler dropped out of high school in the tenth grade in Leadville, Colorado. In 1958, at 17, he enlisted in the U.S. Air Force. He finished his General Educational Development certificate while in the Air Force. He trained as a radar technician in 1958 and was stationed in Japan. After his discharge in 1961, Sadler enlisted in the U.S. Army, and volunteered for Airborne and Special Forces, opting to be a medic.

When he completed Airborne training, he underwent the lengthy training as a combat medic at Fort Sam Houston, Texas, Fort Jackson, South Carolina, and Fort Bragg, North Carolina. In May 1965, while he was on a combat patrol southeast of Pleiku in the Central Highlands, he was severely wounded in the knee by a feces-covered punji stick. Sadler returned to Fort Bragg where he made a complete recovery.

Most of Sadler's compositions had a military theme, and he is best known for his patriotic The Ballad of the Green Berets, a #1 hit in 1966.