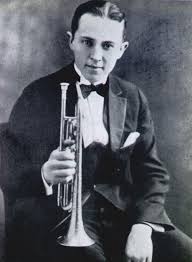 Everyone loves Dixieland, and this has a few added surprises! Feature a small Dixieland combo, then turn the rest of the band loose with duck calls, horse whinnies and cow moos. It's all good fun and is certain to be a sure hit.

Livery Stable Blues, whose alternate title is Barnyard Blues is a jazz composition copyrighted by Ray Lopez (né Raymond Edward Lopez; 1889–1979) and Alcide Nunez in 1917. It was recorded by the Original Dixieland Jass Band on February 26, 1917, and became widely acknowledged as the first jazz recording commercially released. The Original Dixieland Jass Band was a group of white musicians from New Orleans. The record was a big hit, and was possibly the first popular music recording to sell a million copies. Both sides of the record were originally labeled as compositions by members of the band. However, Nunez and Lopez beat the ODJB in registering a copyright on the tune.