Ballad of John Ware, The 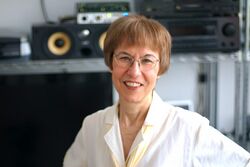 John Ware (c. 1845 - 11 September 1905), a black man born into slavery in the American South, was a Canadian cowboy who was influential in the early years of the burgeoning ranching industry in Southern Alberta. Remembered for his excellent horsemanship, he was among the first ranchers in Alberta, arriving in 1882 on a cattle drive from the United States and settling to ranch until his death in 1905.

Like any folk hero, there are a wide range of tales about his ability to eat, ride, and shoot, all contributing to the cowboy lore of the time. It is said that he was never tossed from a wild horse and that he popularized steer wrestling, which would then become a highlight of the Calgary Stampede. Ware became one of the most well-respected figures on the Albertan frontier, and is still an important part of Alberta's history.