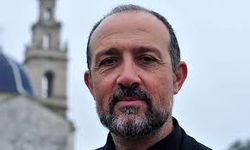 Azael Tormo Muñoz (b. Manual, Valencia, Spain) is a Spanish composer and conductor.

He started musical studies with his father, continuing them at the Conservatories "Mestre Vert" in Carcaixent, Superior in Valencia and Superior in San Sebastián, specializing in trumpet. He has taken different courses and seminars on conducting, management, pedagogy, analysis, composition and musical teaching with teachers such as Rafael Sanz-Espert, Jose Maria Cervera Collado, Gregory Fritze, Saül Gomez, among others.

As director, he has obtained a large number of awards, among which the following stand out: Winner of the Provincial Music Band Contest of the Valencia Deputation of 2016 and that of the Valencian Community of the same year, with l’A. M. de Beneixida; winner of the 2nd “Poble de Benimaclet” International Competition in 2016, with the U. M. de Gavarda; distinction of the Diputación de Valencia "Batuta de oro" for having obtained three honorable mentions in the aforementioned contest.

He has been the principal conductor of the Manuel, Càrcer, La Llosa de Ranes i Benifaió bands. He has directed in countries such as France, Denmark, Germany, the Netherlands and the USA.

Tormo is arranger and editor of ATOMMUSICA, composing arrangements for band and symphony orchestra of works by renowned artists such as Celtas Cortos, Tamara, La Guardia, La Frontera, Gerónimo Granda, Pipo Prendes, Bajoqueta Rock, Last Days of Eden and others. His music has been performed by a large number of bands, among them the municipalities of Valencia, Madrid, Barcelona, Bilbao, Albacete, Alicante, Badajoz, Oviedo, Santander or Soria.