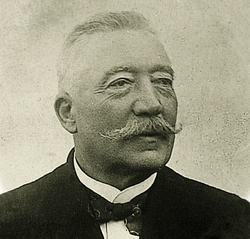 Damm came to America in 1872 and settled in Boston. He played flute with the Boston Symphony Orchestra during its first years and also appeared with various bands and orchestras in the Boston area. He is best known for his flute and piccolo solos, the most popular of which is Through the Air.