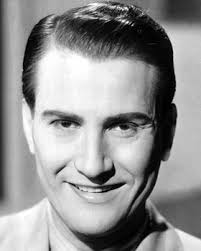 Shaw's family was Jewish; his father was from Russia, his mother from Austria. Shaw grew up in New Haven, Connecticut, where, according to his autobiography, his natural introversion was deepened by local antisemitism. Shaw bought a saxophone by working in a grocery store, and began learning the saxophone at 13; by 16, he switched to the clarinet and left home to tour with a band. Returning to New York, he became a session musician through the early 1930s. From 1925 until 1936, Shaw performed with many bands and orchestras; from 1926 to 1929, he worked in Cleveland and established a lasting reputation as music director and arranger for an orchestra led by the violinist Austin Wylie. In 1929 and 1930, he played with Irving Aaronson's Commanders, where he was exposed to symphonic music, which he would later incorporate in his arrangements.

In 1935, Shaw first gained attention with his Interlude in B-flat at a swing concert at the Imperial Theater in New York. Widely regarded as "one of jazz's finest clarinetists," Shaw led one of the United States' most popular big bands in the late 1930s through the early 1940s. Though he had numerous hit records, he was perhaps best known for his 1938 recording of Cole Porter's Begin the Beguine. His big bands were popular with other hits like Stardust (with a trumpet solo by Billy Butterfield), Back Bay Shuffle, Moonglow, Rosalie and Frenesi. He was an innovator in the big band idiom, using unusual instrumentation; Interlude in B-flat, where he was backed with only a rhythm section and a string quartet, was one of the earliest examples of what would be later dubbed third stream. His incorporation of stringed instruments could be attributed to the influence of classical composer Igor Stravinsky.

Shaw did many big band remote broadcasts from 1938 to the beginning of the Second World War. During World War II, Shaw enlisted in the United States Navy and shortly after formed a band, which served in the Pacific theater. After 18 months playing for Navy personnel, (sometimes as many as four concerts a day in battle zones), Shaw returned to the U.S. in a state of physical exhaustion and received a medical discharge.

After the war, the popularity of big bands declined, as crooners and bebop began to dominate the charts. In the late 1940s, Shaw performed classical music at Carnegie Hall and with the New York Philharmonic under Leonard Bernstein.

He was a precision marksman, ranking fourth in the United States in 1962,[6] and an expert fly fisherman. In his later years, Shaw lived and wrote in the Newbury Park section of Thousand Oaks, California.