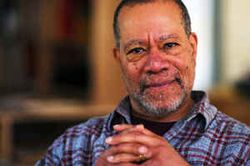 Arthur Herzog, Jr. is responsible for a small number of songs, but what few there are have been performed countless times and recorded by many of the biggest names in jazz, from John Coltrane to Dinah Washington. Herzog's songs were most often recorded by the all-time great vocalist who co-wrote them, Billie Holiday. Together they penned Don't Explain, the classic God Bless the Child, and the lesser-known Somebody's on My Mind. The popularly covered Don't Explain was originally issued by Decca in 1939, with Holiday's performance of What Is This Thing Called Love? on the flip side. The first recording of what would become a signature tune for her, God Bless the Child was released on OKeh in 1941, paired with another wonderful song, Solitude.

He was the father of novelist Arthur Herzog and grandfather to Amy Herzog.