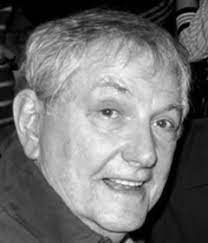 Hamilton is the son of songwriter and comedian Jacob Abraham "Jack" Stern (1896–1985) and Grace Hamilton Stern née Leet (1883–1953). He moved as an infant with his family to Hollywood, California. He learned piano as a child, and also studied music theory and counterpoint.

In 1949 he wrote an early live television musical for KTTV in Los Angeles, California. He also worked for a music publishing company. In 1953, when under contract to Jack Webb, he contributed three songs to the film Pete Kelly's Blues, including Sing A Rainbow and He Needs Me, sung by Peggy Lee. But it was Julie London's performance of Cry Me a River in the 1956 film The Girl Can't Help It that helped to make it a million-selling hit.

His compositions have been recorded by Dinah Washington, Archie Shepp, Harry Connick Jr., Barbra Streisand, Johnny Mathis, Ray Charles, Diana Krall, The Dells (whose version of "Sing a Rainbow" was an international hit in 1969), and others. On many occasions, Hamilton worked exclusively as a lyricist with a long list of collaborators. Hamilton has also been nominated for an Oscar, two Emmys, and a Golden Globe.