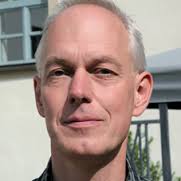 This is the first piece I wrote for wind orchestra, after I had written quite a lot for symphony orchestra.

The Introduction starts with the melody that is well known in Armenia, Dle Yaman, a song of complaint. This melody returns at the end of the third movement -- a shalakho dance, where the motives from the previous movements all reappear -- in a glorious C major.

Armenian Rhapsody No. 1 is commissioned in 1990 by "Fonds voor de Scheppende Toonkunst", a fund in Netherlands, and dedicated to Pierre Kuijpers, the conductor of Royal Netherlands Army Band. It later served as a compulsory piece during the First Open Dutch Championship for concert division wind orchestras, in Kerkrade in 1995.