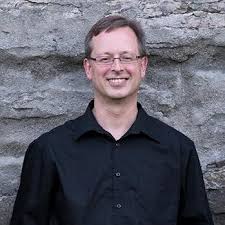 This work begins with a bang. Low brass and timpani immediately set the tone of the piece as they present the driving opening theme. This is picked up by the woodwinds and moves into a more martial section where the trumpets are given the melody. As this concludes, the ensemble moves into a slower, plaintive folksong-like section, where the alto saxophone is given a solo melody to play over a droning bass ostinato. A very lyric section, melody is passed among the various instrument groups freely. At the conclusion of this middle section, the mood is brought back to the opening martial theme, which builds to a fever pitch, only to have the alto saxophone intrude with its solo melody for two measures before the ensemble overpowers it with two concluding chords. Very Russian in flavour.

Arkhangelsk, also known in English as Archangel and Archangelsk, is a city and the administrative center of Arkhangelsk Oblast, in the north of European Russia. It lies on both banks of the Northern Dvina River near its exit into the White Sea.