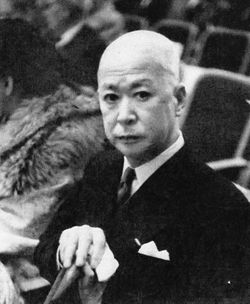 The piece opens with Akatonbo(red dragonfly, a popular Japanese nursery song), then introduces the song Arirang. Significant about this arrangement is its use of traditional Korean folk rhythms. The Arirang melody is accompanied by “Chang Dan of Chung Mori”, a 12/8 rhythm pattern characterized by an accented 9th beat. In this particular work, the pattern is expressed within four bars of 3/4 time. After a transitional section, the Akatonbo melody appears again in an arranged “Chang Dan of Pan Sar Puri” rhythm. This is a typically fast ternary rhythm with an accent behind the second beat. Here a syncopated “Chang Dan of Pan Sar Puri” is adapted to the wind band, all in this unique opportunity to experience colorful Korean folk song traditions.

Following detailed research by a late 19th century American musicologist, the original Arirang folk song is now known to have possessed a variety of melodies and rhythms throughout the Korean peninsula. The melody used in this work is the most famous amongst them. It is further celebrated in the John Barnes Chance (1932-1972) wind band work Variations on a Korean Folk Song (1965).

On the other hand, Akatonbo was composed by Kōsaku Yamada (1886-1965) for the 1927 poetry of Rofu Miki (1889-1964), reflecting upon his childhood memories. This deeply nostalgic music is considered to be one of Japan’s most beloved and famous folk songs.

Chun Shin Yun, director of Higashiosaka Korean Middle School Band, commissioned this arrangement to commemorate the 20th anniversary of the band’s membership in the Osaka Prefecture All-Japan Band Association. It was premiered in May 2003 at “Brass Expo 2003” by Kansai Korean Gakuen Junior High Joint Band.

Arirang is a Korean folk song that, in the typical folk song tradition, has been passed down over many generations, making it difficult to determine the exact time and place of its origin. There are two pervasive views among scholars on the development of the Arirang folk song. One theory is that the song originated during the Silla dynasty, which spanned 57 BC to 935 AD. The other theory is that Arirang originated in conjunction with the reconstruction of the Gyeongbokgung Palace during the regency of Daewongun sometime before the completion of the project in 1867.

Arirang and Akatonbu uses both Korean and Japanese folk songs in a way that illustrates previous tensions between the two cultures. At the conclusion of the work, the composer makes use of both songs simultaneously in a quiet setting to illustrate peaceful coexistence. The composer elaborates, "This work should serve as a bridge not only between Japanese society and Koreans living in Japan, but also between Japan and the Korean Peninsula.