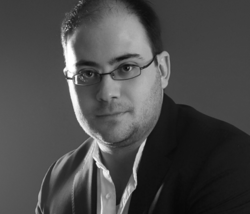 Arcana is the plural of the Latin word “arcanum”, meaning secret. In the title, it is used in the sense of unraveling the rich past of the Royal Fanfare Sint-Jozefsgilde Mol-Sluis (Belgium) for its 110th anniversary and opening up perspectives for its future.

During the misterioso beginning of the work, a historic atmosphere is created to reflect the founding of the society. Then follows a bustling middle part, which provides a challenge for each musician because of the difficult rhythms and combined play. After this energetic passage, a very melodious part follows that makes people overlook earlier problems, and that offers new possibilities by means of the musical reflection of a consequent youth policy, which determines the future of each society. Finally, there is a broad build-up to the festive finale, once more symbolizing the strength and energy of youth.