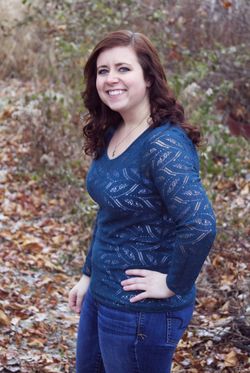 In creating this piece as the submission for my master's thesis, I wanted to explore two things that were important to me: harp writing in a wind ensemble setting, and food. Much of my previous wind ensemble experience was spent behind a harp, and I wanted to create a feature piece for the instrument that had never been done before.

Those close to me will tell you in a heartbeat that I am a total foodie, so I decided to title each movement after a few of my favorite foods since moving to the city of Chicago. While inspiration can be found from these foods in the piece, the music is more of a reflection of how I feel when consuming these products in their specific environments. Cortadito is a shot of Cuban espresso, a teaspoon of milk, and a teaspoon of natural cane sugar, known to the average person as a “cortado” with sugar. The name change was inspired by the home restaurant, Cafecito, and as a way to reference its tiny size. A bundle of energy wrapped into a few swallows, this short, flashy Latin-inspired movement follows the general frame of a sonata form.

Pepperoni and Spinach Deep Dish Pizza happens to be my favorite order of pizza, and nobody makes it better than Pequod’s in Lincoln Park. Their special recipe carmelizes the crust in a uniquely delicious manner, but the average time to wait for it to finish baking is 45 minutes. This movement reflects the slow buildup of hunger as food is made, jubilation as it arrives at the table, ecstasy when consuming, and the inevitable weight felt as the eater contemplates that second piece before eventually giving in to the temptation.

Unlike the first two movements, Skillet Cookie has a darker tone. A chamber piece for woodwind sextet, harp, piano, and two percussionists, this piece explores the unhealthy side of eating a half-baked skillet of cookie dough with a heaping scoop of ice cream on top. With no nutritional value found in the recipe as well as six of the major allergens known to humans, I aimed to depict shame through music. The extended techniques present in the harp are indicative of the art music conversations my colleagues would have while eating a skillet cookie at the Lincoln Station in Lincoln Park.

Finally, Arrogant Bastard represents the third Wednesday of each month spent at O’Shaughnessey’s Public House in Ravenswood. “Third Wednesday” offers live Irish music after 8 p.m. as well as a large selection of craft beer, including Stone Brewing’s “Arrogant Bastard.” These live musicians teach the melody once or twice until everyone catches on, and the tune morphs as they continue. Arrogant Bastard takes on a modified rondo form as material from the three movements that precede it weave in and out of an original melody with a Celtic flair. A flashy cadenza at the end shows off the harp’s best moments from the previous movements, tying together the full menu for digestion.