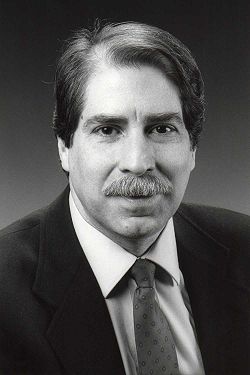 This significant, sophisticated, single-movement work incorporates many colors and technical capabilities in all voices. Calling for harp and piano, the evocative piece explores the permutations and similarities in motivic borrowings; in this case, material is quoted from the composer's previous symphony, Schubert's Erlking, and a J.S. Bach chorale.

Apparitions was commissioned by and dedicated to Richard Suddendorf and the Western Michigan University Band. The WMU Band premiered the work on March 27, 1987, with the composer conducting. It won first prize in the 11th NBA band composition contest and was runner-up in the 1987-1988 AVA-Ostwald competition contest.

The concert of this work was inspired by the brief Walt Whitman poem Apparition:

A vague mist hanging 'round half the pages;
(Sometimes how strange and clear to the soul,
That all these solid thing are indeed but apparitions,
concepts, non-realities.)

In this artistic combination of music and literature, Iannaccone uses three musical figures which share the common intervals of a descending perfect fifth and an ascending minor sixth. The musical shapes include (1) fragments from Iannaccone's Symphony No. 1, representing a cold wind on a dark night, as well as Schubert's Erlking, depicting a galloping horse carrying a father holding a dying child; (2) the child's plea to the father, don't you see the Erlking?"; and (3) a Luther chorale Out of the Depths I Cry to Thee. Obvious tempo/style changes provide more accessible divisions for the first-time listener. The entire work deals with both the appearance (apparitions) and the true nature of an abstract idea.