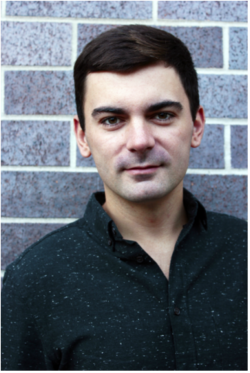 Anthony O’Toole (b. 1988, Philadelphia, Penn.) is an American composer.

Mr. O’Toole has written more than 100 works for almost every medium and began writing music in his early teens. In high school his interest in composition stemmed from his studies as a percussionist and love of performing. He also became a competent multi-instrumentalist learning piano, viola, saxophone, clarinet, trombone and tuba. Although he is largely self-taught as a composer he credits many of his teachers for being mentors and advocates of his music. While at IUP he had the pleasure of receiving lessons and attending lectures from guest composers such as Cindy McTee, Samuel Hazo, Christopher Marshall, Frank Ticheli, Clark McAlister, Richard Danielpour, Bruce Yurko and Drew Hemenger.

His music has been commissioned and performed by musicians and ensembles all around the world. Mr. O’Toole’s music for wind band has been performed and recorded by some of the finest bands including the United States Coast Guard Band, The Kansas State University Wind Ensemble, ‘The President’s Own’ United States Marine Band, The University of North Texas Wind Symphony, The Singapore Wind Symphony, The Alabama Winds and others. His piece Fanfare to ‘The Hammer’ is featured in the 10th edition of the GIA Publications series Teaching Music Through Performance in Band, which features a recording by the UNT Wind Symphony an in-depth analysis of the work. Hammer also appears in the Sourcebook for Wind Band and Instrumental Music by Russ Girsberger, Frank L. Battisti, and William Berz. Prelude to Something Big is in the 11th edition of Teaching Music Through Performance in Band. His Concerto for Tuba and the Concerto for Euphonium can be found in the Solos with Wind Band Accompaniment edition.

​He has received numerous awards for his compositions, including the Grand Prize in the 2012 Garritan Composition Contest, and Second Place in the 2014 Van Galen Prize for wind chamber music. In 2014 Mr. O’Toole was inducted into the Sigma Alpha Iota Music Fraternity as an honorary member for his musical contributions. He is also a member of Phi Mu Alpha Music Fraternity, ASCAP and The American Composer’s Federation.

Anthony O'Toole currently resides in Long Beach, California, where he fulfills his commissions for new works and does orchestrations and arrangements as a freelance writer; he also serves as composer-in-residence for the Carson Symphony Orchestra and staff arranger for the Southern California Brass Consortium.