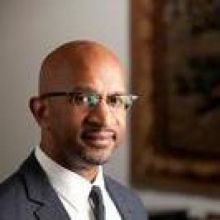 Anthony M. Kelley (b. 1965) is an American composer and educator.

Prof. Kelley received BA and MA degrees from Duke University, and his Ph.D. from the University of California Berkley in 2001.

Among his awards and honors are the Charles Ives Scholarship from the American Institute and Academy of Arts and Letters, and composition fellowships from the North Carolina Arts Council, the Virginia Commission for the Arts and the Mid-Atlantic Arts Foundation.

His recent work, such as his soundtracks to the H. Lee Waters/Tom Whiteside film Conjuring Bearden [2006] and Dante James's film The Doll [2007] explores music as linked with other media, arts, and sociological phenomena.

Kelley joined the Duke University music faculty in 2000 after serving as composer-in-residence with the Richmond Symphony for three years under a grant from Meet the Composer, Inc. He co-directs and performs in the improvisational Postmodern blues quartet called the BLAK Ensemble.