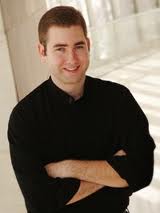 Animal Krackers is a character suite inspired by the youthful joys of eating animal crackers and the admiration of Camille Saint-Saens' Carnival of the Animals. The first movement,The Box Opens, is a short fanfare depicting the zipping or ripping of the box in order to reach those delicious cookies with the guiro and rim shot snare hit programmatically representing the physical opening of the box. Elephant Stomp, the second movement, represents a traveling caravan of elephants and one lonely elephant striving to be a part of the group. Short Monkey Tale is a short tale about the mischief caused by a monkey. The final movement, The Regal Lion, describes the nobility and passion of the king of the jungle.