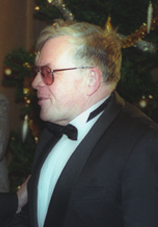 Petrov was the son of a military doctor; his mother was an artist. He had little interest in music until, at fourteen, he saw The Great Waltz; after this he decided to become a composer. He studied composition at the Leningrad Conservatory under Orest Yevlakhov.

Petrov is known for his work in various genres; he wrote a number of operas and ballets, as well as symphonic works, incidental and film music, and various songs. He is especially famous for his ballet Creation of the World, based on drawings by Jean Effel. This was performed around the world, with Mikhail Baryshnikov among its first performers. Petrov also scored over eighty films, including the Soviet-American co-production The Blue Bird. He is known for his music for numerous classic Soviet films such as I Step Through Moscow, Beware of the Car, and Office Romance.

From 1964 until his death Petrov was the head of the St. Petersburg Composers' Union, to which he was introduced by Dmitri Shostakovich. He also founded and served as the general director of a music festival in St. Petersburg. He won numerous prizes and awards; on May 22, 1998 he was made an honorary citizen of St. Petersburg, and a small planet was also named after him. He was named a People's Artist of the USSR in 1980.