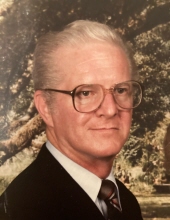 Dr. Fox was a band student in the Oxford public school band program under the direction of Mr. Bob Work and was a trumpet player in the first Mississippi Lions All-State Band in 1950. Dr. Fox was a University of Mississippi graduate and taught 32 years in the department of music at the university.

Fox was a prolific arranger with hundreds of marching band, concert band, jazz band, choral, orchestral and ensemble arrangements to his credit. He was staff arranger for the Ole Miss Marching Band in the late 1960s through the mid-1970s. During this time, he wrote every arrangement the marching band performed. Fox also has composed many original band compositions, of which many have been published and performed by bands across the nation. Several of his arrangements and compositions were written for the Lafayette/Oxford/University Community Band, which he conducted for years. Fox played keyboards in many different bands in the Mid-South area.