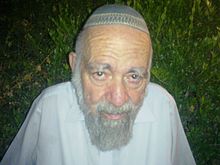 Andre Hajdu studied at Franz Liszt Academy of Music in Budapest with Endre Szervánszky and Ferenc Szabó (composition), Erno Szégedi (piano), and Zoltán Kodály (ethnomusicology). As a Kodály disciple, he was involved for two years in research about Gypsy musical culture and published several articles on this subject.

After the Hungarian Revolution of 1956, Hajdu escaped to Paris and continued his studies at the Paris Conservatoire with Darius Milhaud (composition) and Olivier Messiaen (philosophy of music) obtaining the 1st prize in the discipline. In Paris he met a variety of stimulating people from the playwright Samuel Beckett to Prof. Israel Adler of the Hebrew University, who brought him on his first visit to Israel in 1966.

From 1966 until his death, Hajdu lvied in Jerusalem. He taught at the Tel Aviv Music Academy from 1966 to 1991 and at Bar-Ilan University since 1970. He served as chairman in the music department there and founded a composition department.

He also studied Jewish Klezmer and Hassidic repertories and published several articles on this subject. As a composer he was deeply involved in Jewish topics, not only on the usual folkloristic or liturgical levels, but also confronted more abstract subjects of Jewish thought (Oral Law, philosophical books of the Bible) as well as Jewish History.

A majority of works were dedicated to music-teaching, especially piano and theory through a creative approach (involving the player to the process of composing) e.g. Milky Way, Art of Piano-playing, Book of Challenges, Concerto for 10 young pianists. All this is connected with the practice of creative teaching in the School for Excellence in Jerusalem, an experimental school for a new approach to music teaching.

In 1955, Hajdu won the first prize with his Gypsy Cantata at the competition of the World Festival of Youth in Warsaw. In 1997, he was awarded the Israel Prize, for music.