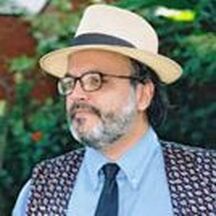 He has received 30 composition awards in Argentina, Belgium, Brazil, Chile, France, Germany, Italy, Spain and the United States. Up to the present [2021] he has composed around 417 pieces for chamber music and full orchestra, choir and various ensembles as well as music for electronic instruments. He has also organized, conducted and directed various vocal and instrumental ensembles such as, A Cigarra e a Orquestra (2006–2008), IOCHPE MAXION Choir (2009), and the Coral Sebastião Vianna (2014).

During the last 40 years he has published articles, scores, CDs, DVDs, books and developed diverse musical projects in many countries other than Brazil. He is a professor at state Clóvis Salgado Foundation - Palácio das Artes in Belo Horizonte-Brazil.