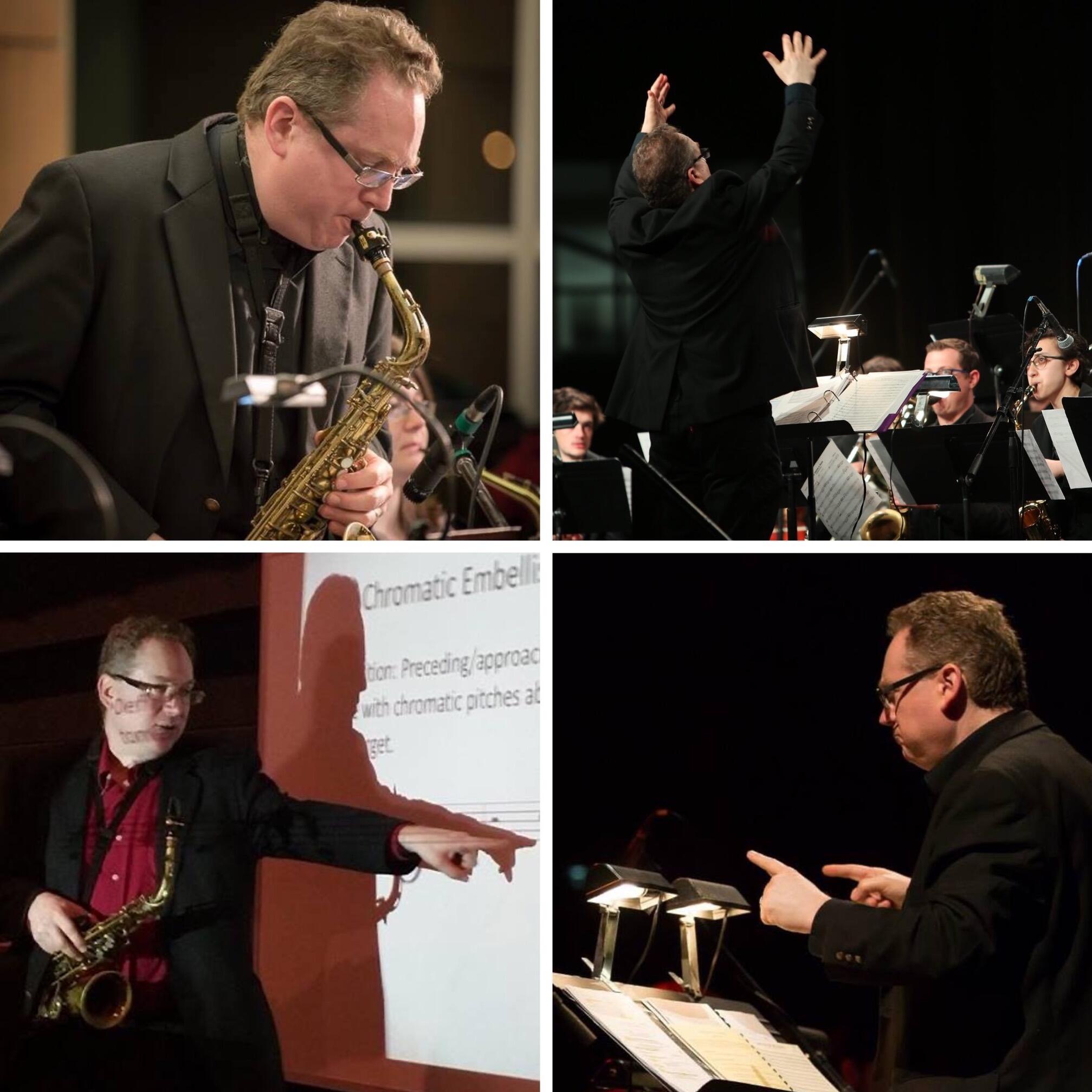 The title of this work is correctly written "And It Happened..."

The title And It Happened… is a shortened version of the line “…and it happened to me,” the final line of It Could Happen To You, a classic standard from the Great American Songbook. This song provides the harmonic framework that the entire piece is based on.

The piece is divided into six sections, each of which is dedicated to a great, historic trumpet soloist. “Louis” is written to honor to New Orleans-born Louis Armstrong, who was world-renowned for his gravelly singing as well as his virtuosic trumpet playing. The soprano saxophone serves as a secondary soloist in this section, in honor of Sidney Bechet, another New Orleans-based jazz musician who “battled” Louis Armstrong in performances and recording sessions on several occasions.

The composition In a Mist, written by Iowa-born cornettist Bix Beiderbecke, inspired the second section of the piece. Even though alcoholism brought his life to an early end, a tragic story that has been repeated by many subsequent jazz musicians, thousands of later jazz musicians were inspired by his cool, almost emotionally detached approach to playing cornet. On several of his recordings, the joyous bass saxophone playing of Adrian Rollini can be heard, which is why bass saxophone is also featured in this part of the piece.

John Birks “Dizzy” Gillespie was one of the most appealing figures in the history of American popular music. His fiery playing (along with his puffed-out cheeks and upward-slanting trumpet bell) was immediately recognizable to the American public; he even made a guest star appearance on The Muppet Show. Bebop, the strand of jazz he created with alto saxophonist Charlie Parker, provides the melodic and rhythmic fireworks for this third section.

“Miles” refers to the enigmatic trumpeter/bandleader Miles Davis. His album “Birth of the Cool” was inspired several generations of jazz writers and players. The smooth sound of Gerry Mulligan’s baritone saxophone is featured prominently throughout the record, and is also heard playing solos in this fourth movement.

Clifford Brown is a favorite role model of many modern trumpet players. He was universally admired in jazz for being a sweet and kind person, traits which came through clearly in his glorious trumpet playing. He recorded several albums with tenor saxophonist Sonny Rollins, which is why the trumpet soloist interacts nimbly with the tenor saxophone in this movement.

“Frank,” the final section of the piece, is written for professor Frank Campos, the person for whom the entire work is composed. Frank is uniquely suited to perform a piece like this, which asks him to channel these classic trumpet voices from the past into a contemporary piece. Therefore, in this final movement, Frank gets to show off his own beautiful, distinctive voice on the instrument.

And it happened… to us!"