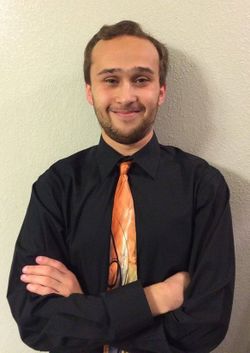 The term “Anapæst” is one of the various metrical feet used in traditional Western poetry. It’s characterized by having two short syllables followed by a longer syllable. For example, in A Visit From St. Nicholas by Clement Clarke Moore, the opening line: “Twas the night before Christmas…”

In my piece for wind ensemble by the same name, I use this metrical foot as a basis for the composition. From small motifs, to an overall form and structure, I use the format of short short long, analogous to sentence structure in Classical music, to construct the music.

You can, for instance, hear the opening three phrases follow this structure. The first two phrases consist of two chords, and the phrases have a duration of three bars. These are the two short phrases. The third phrase consists of three chords, and has a duration of four bars, completing the long phrase.

Anapæst uses this metrical foot merely as a tool for construction, and is otherwise non-programmatic.

This work was received third place in the 2016 ISU Bands Composition Competition.