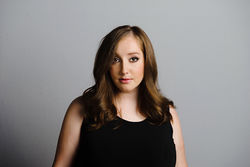 Subtitle: as a syndrome

amok as a syndrome came from a simple prompt: "write something you like." After a number of compositional endeavors exploring myriad styles and influences, amok returns to stylistic tendencies that are near and dear to me, and takes an obvious cue from my favorite composer, the late great Fausto Romitelli. I come from a listening background rich in heavy, messy and distorted music, so it only makes sense that Romitelli's music would have such a hold on me. Influenced by acid rock and heavily psychedelic music, his music combines the best of two disparate but surprisingly compatible genres: stoner rock and post-spectralism.

amok as a syndrome is very tangibly related to Romitelli’s 1991 piece amok koma -- its opening is almost identical. However, seeing as the original piece is scored for a small chamber ensemble with electronics, this piece exists in a very different sonic landscape, sharing signs (symptoms) with the original that correlate to a shared musical influence (condition). Romitelli’s piece shared a name with a 1980s punk album, so it only makes sense that my title would also integrate the name of the original. Interestingly, “to run amok” is a common expression that actually refers to behaviour that has been classified as a “culture-specific explosive behavioral disorder” related to psychopathic violence.

Musically, the piece alternates between grungy, chaotic sections and more subdued, lyrical moments. The opening figure produces the majority of the material, especially the intervallic content, with minor thirds and seconds playing a major role. Ultimately, amok as a syndrome is an homage, but not one of the sentimental variety -- it’s a grateful thank you to the current musical landscape and composers like Romitelli, where dozens of wild influences coalesce into a singular output ... a condition whose manifestation is strongly shaped by cultural factors...