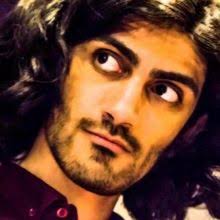 Amin Sharifi (b. 1993, Iran) is an Iranian composer and conductor.

Amin Sharifi currently holds a Ph.D. fellowship in composition at Duke University in the United States. He studied Composition at the Art University of Tehran and Indiana University Jacobs School of Music under the direction of Sven-David Sandström, Nader Mashayekhi, David Dzubay, and Don Freund. He also has had lessons with renowned composers such as Toshio Hosokawa, Krzysztof Penderecki, Augusta Read Thomas, and John Wesley Gibson, among others.

In summer 2017, his triple concerto TrombionOphone or Riders in the Field of Hope for soprano saxophone, trombone and accordion was the first-prize winner of the XXIII Edition of International Composition Competition Concorso 2 Agosto, and was performed by the Tuscanini Philharmonic Orchestra in Piazza Maggiore in Bologna, Italy.

He also has worked as assistant conductor to Nader Mashayekhi with the Tehran Cultural Philharmonic Orchestra and has conducted the Pierrot-Tehran New Music Ensemble, both in The First Tehran Contemporary Music Festival and several recording seasons. He has also received the prestigious Artistic Excellence Award of Indiana University Jacobs School of Music as Assistant Director of the IU New Music Ensemble.