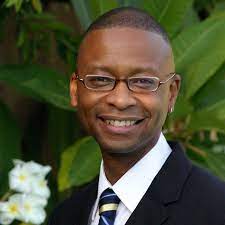 American Hymnsong Suite is firmly rooted in my family history as church musicians. I grew up singing and playing many different hymns, including the four tunes featured in this work. The final impetus to compose this particular treatment came during the course of an organ concert in Atlanta, Georgia. One section of the program featured innovative settings of three hymns. With the gracious consent of composers Joe Utterback and Brooks Kukendall, I adapted their settings to act as the inner movements of the suite, bracketed with my own original treatments of favorite hymns.

The Prelude on Wondrous Love (“What Wondrous Love is This”) opens with a chant-like statement of this Southern tune before proceeding to a more kinetic retelling. Ballad on “Balm in Gilead” features a rich jazz harmonization of this familiar spiritual. The Scherzo on “Nettleton” (“Come Thou Fount of Every Blessing”) contains all the rhythmic playfulness inherent in the best orchestral third movements, and the March on “Wilson” (“When We All Get to Heaven”) calls to mind the wildest marching band ever heard.

While audience members will certainly make various connections to this piece, the ongoing goal is to introduce all listeners to the richness of our American musical heritage.

There is a Balm in Gilead is a well-known traditional Black-American spiritual. The “Balm in Gilead” is a reference from the Old Testament, but the lyrics of this spiritual refer to the New Testament concept of salvation through Jesus Christ. The balm in Gilead is interpreted as a spiritual medicine that is able to heal Israel (and sinners in general). The first appearance of the spiritual in something close to its current form is uncertain. A version of the refrain can be found in Washington Glass’s 1854 hymn The Sinner’s Cure. Glass attributed this hymn to himself, but like several of the hymns so attributed, it is substantially the work of another.