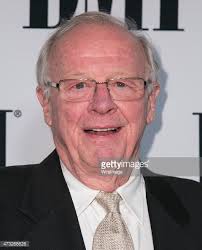 An American Concerto, composed in 1976, was one of the first successful attempts to combine jazz elements with traditional symphonic writing.

"[Williams's] An American Concerto is, in my opinion, the best mixture of jazz and classical that anybody has ever done," says respected music critic Gene Lees. "Pat's writing is breathtaking. He's just one of the finest arrangers and composers who ever put pen to paper." Daniel Cariaga wrote in the Los Angeles Times: "An American Concerto must be one of the most attractive, affecting and original of jazz-symphonic meldings. The style is unrestrained, the tunes ingratiating, the writing expert. What Williams owes to the fair influences of Debussy, Bartok, Stravinsky and Rachmaninoff seems no more and no less than other living composers may owe in those directions. What sets him a cut above others is the individual integration he has achieved out of those influences."

Throughout the 1970s and ‘80s, one could hardly watch a film or television program without encountering the music of Patrick Williams. In addition to writing commercial jingles, he scored hundreds of episodes of popular TV shows such as The Mary Tyler Moore Show and Columbo as well as dozens of feature films, eventually earning him four Emmy awards and an Oscar nomination. Extremely prolific, Williams also wrote extensively for his own contemporary jazz ensemble and composed numerous works for the concert hall in which he strived to seamlessly blend jazz and classical idioms.

One such work, An American Concerto, was composed for the unique forces of jazz quartet and symphony orchestra. The piece earned Williams a nomination for the Pulitzer Prize in 1976, and in 1980 it was recorded by the London Symphony Orchestra featuring NEA Jazz Master Phil Woods on alto saxophone. Cast in three movements, the concerto successfully blurs the lines between the genres represented by its solo group and tutti ensemble. Tonight’s arrangement was authored by James Spinazzola and premiered by the Cornell Wind Symphony conducted by Patrick Williams.