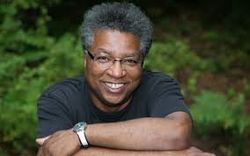 Mr. Singleton attended both New York University and Yale, and he studied as a Fulbright scholar with Goffredo Petrassi at the Accademia Nazionale di Santa Cecilia in Rome.

After working for more than a decade in Europe, Singleton served as composer in residence with the Atlanta Symphony Orchestra from 1985 to 1988 and was resident composer at Spelman College from 1988 to 1991.

Singleton's oeuvre includes works for the theater, orchestral pieces, instrumental solos, and a wide range of chamber ensembles. His compositions have been performed by major orchestras of the United States and Europe, and also by the Kronos Quartet, the Nash Ensemble of London, the Asko Ensemble of Amsterdam, Ensemble des 20. Jahrhunderts of Vienna, the London Sinfonietta, and the Bremer Tanztheatre in Germany. Important international festivals have also programmed Singleton's music. They include Tanglewood, Aspen, the National Black Arts Festival in Atlanta, the Vienna Summer Music Festival, Pro Musica Nova in Bremen, the Styrian Autumn Festival in Graz, the Brussels ISCM World Music Days, and IRCAM in Paris.

He was awarded the Kranischsteiner Musikpreis by the City of Darmstadt, Germany, the Musikprotokoll Kompositionpreis by the Austrian Radio, Mayor's Fellowship in the Arts Award by the City of Atlanta, and a grant from the National Endowment for the Arts.