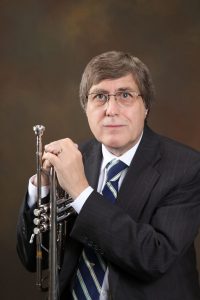 Dr. Molineux received a B.M. degree from DePauw University, an M.M. in composition degree from the Eastman School of Music and a D.M. in composition from Florida State University where his teachers were, respectively, Donald H. White, Warren Benson and John Boda. In addition, he attended the Lukas Foss Workshop at Indiana University in 1981, Gunther Schuller’s 1986 Atlantic Center for the Arts Workshop and Pierre Boulez’s Carnegie Hall Workshop in 1999.

He first taught in public schools for three years and joined the faculty at Atlantic Christian College in 1977, then from 1988 to 2006 he taught at Chipola College and finished his final three years of full-time teaching as both professor of music and department chair at Claflin University.

His brass sextet Seven Shorties was awarded the 2014 Grand Prize for the Humboldt State University Brass Chamber Music Workshop Composition Contest. His orchestral work Trifles was the winner of the Tampa Bay Symphony’s first composition contest; receiving three performances by them in 2017. His work Zappy for brass quintet and three percussionists was chosen as the winner of the Percussive Arts Society’s 2017 composition contest. In 2019, his Something Unsettled for trumpet and piano was the winning submission in Category I for the 2019 McMurry New Music Project, and Tears of Ramah was the first place winner of the Hillcrest Wind Ensemble Composition Contest. Tears of Ramah was performed by the University of Louisville’s Wind Ensemble at the College Music Society’s 2019 National Conference.