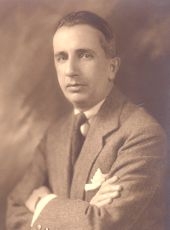 Alfredo Cassella (25 July 1883, Turin, Italy - 5 March 1947, Rome) was an Italian composer, conductor and pianist. He began the study of piano under his mother's tutelage at the age of four. At 13, he went to the Paris Conservatory, where he won first prize in piano in 1899. He toured Europe as a pianist and as guest conductor of orchestras. He taught piano at the Paris Conservatory and later at the Santa Cecilia Academy in Rome. In 1917, he founded the Societa Nazionale di Musica.

In 1921, Casella came to the United States as a composer, conductor, and piano soloist. He returned to Italy in 1938. In addition to his various musical skills, Casella was a prolific writer on many musical subjects.