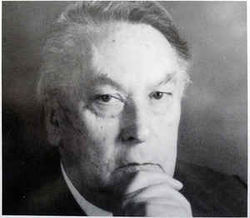 Uhl studied with Franz Schmidt at the Vienna Music Academy, receiving a diploma in composition with honours in 1932. He subsequently worked as Kapellmeister of the Swiss Festspielmusik in Zürich. While there he composed scores for a variety of cultural and industrial films. He returned to Vienna in 1938 and in 1940 was drafted into the Austrian Army. From 1940 to 1942 he commanded a French prison camp in Neumarkt. He joined the faculty of the Vienna Music Academy in 1945, where he taught theory, orchestration and composition until his retirement in 1980. One of his notable students was Alfred Prinz. He was the recipient of the Vienna Schubert Prize (1943), the Austrian State Prize (1960), the Vienna Music Prize (1961), the Viennese Gold Medal of Honour (1969) and the Austrian Badge of Honour for Service and Arts (1980). He also served as the president of the Austrian Gesellschaft der Autoren, Komponisten und Musikverleger (1970) and the Künstler-Union (1976).

As a composer, Uhl synthesized elements from neo-classicism, atonality, serialism and traditional tonal and contrapuntal idioms. His vibrant style combined technical sophistication and musical charm with wit and humour, rhythmic inventiveness, thematic development and advanced harmonic language. He wrote eight film scores, one opera, several choral works, and multiple symphonic and chamber music pieces. He wrote extensively for the clarinet, including educational material and works that are still common repertoire. His most famous educational pieces are the two volumes which comprise the 48 Studies. His Divertimento for Three Clarinets and Bass Clarinet is one of the most performed works for the medium. Written in 1942 for clarinettists from the Vienna Philharmonic, it is a very demanding 3-movement work structured similarly to a conventional concerto.