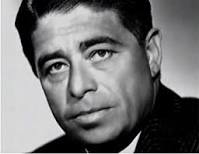 A piano prodigy as a youth, he gave his first performance at the age of eight. The next year, he went to New York City to study, and by the time he was 12 he was supporting his parents, brother, and sister by his vaudeville performances. He also appeared as soloist with major symphony orchestras, including the New York Philharmonic.

Newman then began conducting in theaters and went to Hollywood in 1930. In 1933, he became music director for Samuel Goldwyn. In 1940, he moved to the 20th Century Fox Studios, also as music director. During this time, he studied with Arnold Schoenberg.

Newman wrote and arranged music for over 230 films and won Academy Awards for many of his scores, including Alexander’s Ragtime Band, Love is a Many Splendored Thing, Call Me Madam, The King and I, and Camelot. Newman won nine Academy Awards, the third highest number of Oscars ever won by an individual (Walt Disney won twenty-six, Cedric Gibbons won eleven), and was nominated for forty-five, making him the most nominated composer in Oscar history until 2006, when John Williams matched the record. Between 1938 and 1957, Newman was nominated for at least one Oscar each year. Forty-three of Newman's nominations were for Best Original Score (making him the second most nominated in that category after John Williams) and two were for Original Song.