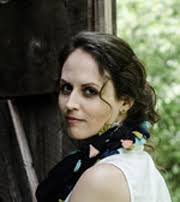 Alexandra T. Bryant (b. 1985, Western Washington) is an American composer and educator.

Beginning her musical studies at an early age on the violin under the direction of her mother, her major private instructors since have included Janis Upshall, Dr. Maria Sampen at the University of Puget Sound, and David Russell at the Cleveland Institute of Music. Participating actively in orchestral and chamber music since a very early age, she has acted as concertmaster of both the Tacoma Youth Symphony and the Peninsula Youth Orchestra, as well as principal second of the University of Puget Sound’s Symphony Orchestra and Chamber Orchestras, in addition to numerous leadership positions in other ensembles.

Dr. Bryant is a graduate of the University of Maryland where she taught written theory, aural skills, and music fundamentals. She was a recipient of the school's Flagship Fellowship and the School of Music's Dean's Fellowship, and has studied with Mark Wilson and Lawrence Moss. Additionally, Dr. Bryant is a 2010 master’s graduate of the Shepherd School of Music at Rice University where studied under Dr. Pierre Jalbert and Dr. Arthur Gottschalk. In May of 2008, Dr. Bryant completed her Bachelor of Music degree in composition under the guidance of Dr. Margaret Brouwer and Dr. Paul Schoenfield from the Cleveland Institute of Music. Dr. Bryant has also studied under George Tsontakis at Aspen, the Bowdoin International Music Festival with Samuel Adler, Claude Baker, and Simone Fontanelli, Tyler White at the University of Nebraska-Lincoln Chamber Music Institute, and Dr. Robert Hutchinson at the University of Puget Sound in Tacoma, Washington.

The 2008 world premiere of her piece Apostrophe was presented by the Cleveland Orchestra Youth Orchestra in Severance Hall. In addition to being commissioned by the Cleveland Orchestra Youth Orchestra, she has received commissions from the Kronos Quartet, William Preucil (concertmaster of the Cleveland Orchestra), the Aeolus Quartet in collaboration with the Friends of Chamber Music of Reading, and the Metropolitan Ballet Theatre & Academy. She has participated in the Cabrillo Festival (2012), is the 2010 winner of the Avalon Composition Competition, and the 2007-2008 recipient of Darius Milhaud Award at the Cleveland Institute of Music. Dr. Bryant has also been a finalist or prizewinner in numerous composition competitions including Morton Gould, Lake George Music Festival, Garth Newel, USA International Harp Society, Flute New Music Consortium, and the Minnesota Orchestra Composer Institute.

Dr. Bryant is in her fourth year [2020] as visiting assistant professor of music theory and composition at Gustavus Adolphus College.