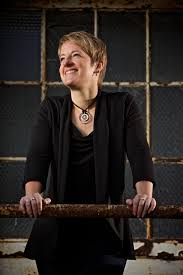 Alexandra Gardner (b. 1967, Washington, D.C.) is an American composer.

Ms. Gardner holds degrees from The Peabody Institute of The Johns Hopkins University and Vassar College. Active as a digital media specialist and writer, she has worked extensively in the fields of public radio and journalism. She has been an audio engineer at National Public Radio and Soundprint Media Center, and most recently was associate editor at NewMusicBox, a program of New Music USA.

The music of composer Alexandra Gardner draws inspiration from sources such as mythology, contemporary poetry, and her training as a percussionist. Composing for varied instrumentations and often mixing acoustic instruments with electronics, Alexandra is building new audiences for contemporary music through an expressive sound and flair for the imaginative and unexpected.

Ms. Gardner’s music has received honors and awards from organizations such as Meet the Composer, ASCAP, American Music Center, and the Smithsonian Institution. She has conducted residencies at the Atlantic Center for the Arts, Harvestworks Digital Media Arts Center, Liz Lerman Dance Exchange, and The MacDowell Colony. She was awarded the 2002-03 Vassar College W.K. Rose Fellowship in the Creative Arts, and from 2002-2004 served as a visiting composer at the Institut Universitari de l’Audiovisual in Barcelona, Spain.