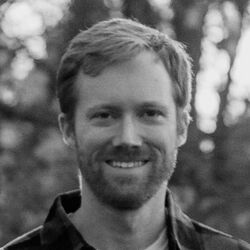 Mr. Yoder is currently [2022?] pursuing a Master of Music degree in composition at the Ithaca College School of Music in New York where has also obtained a graduate assistantship. His undergraduate studies were done at Ball State University in Muncie, Ind. He has studied privately with composer Les Taylor, as well as tuba performance with Dr. Mark Mordue.

He actively composes for several media including wind ensemble, orchestra, chamber ensembles, marching band, and electronic/electro‐acoustic music. His concert music has been performed across the country and in events such as the prolific Midwest Band and Orchestra Clinic. In the realm of marching band, he is one of the youngest yet most widely performed composers of original music for competitive field bands. His marching band compositions and arrangements have seen widespread performances including the Indy 500 Parade and a live television performance on NBC in the Macy's Thanksgivings Day Parade.

Alex's first major work, Extrarius, was written at age 19 and subsequently premiered by his alma mater, the BSU Wind Ensemble.