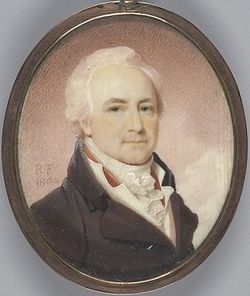 His earliest compositions, from his days in Edinburgh, include a set of Duos for two 'cellos, Opus 2, and Variations on Famous Scots Tunes, published in Glasgow and later in Philadelphia. He also composed Twenty-four Short and Easy Lessons, a series of teaching pieces for keyboard, which he later used in his teaching in Philadelphia.

In 1786, Reinagle decided to try his fortune as a professional musician in the newly independent United States of America. He moved to New York City, and, later moved again to Philadelphia, which was the national capital at the time. He helped revitalize the musical life of Philadelphia in the 1790s, introducing that city to the music of Haydn and Mozart, as well as his own original compositions.

In Philadelphia, Reinagle worked closely with Thomas Wignell in producing opera ballets. Reinagle and Wignell produced over 75 programs with the New Company. At Wignell's death in 1803, Reinagle moved to Baltimore, Maryland, where he became associated with the Holliday Street Theater.

Once in America, Reinagle continued to compose short pieces for special occasions, often with titles alluding to American personalities and ideas. Pieces such as his Federal March, President Madison’s March and Mrs. Madison’s Minuet are usually short and in the binary form associated with dance music of the time. Of more interest is the set of four keyboard sonatas. Reinagle composed these when he first arrived in Philadelphia; hence they are sometimes called the "Philadelphia Sonatas". These are the first sonatas composed in the United States. They are substantial works, each in two or three movements. While they show the influence of C. P. E. Bach (one of Reinagle's idols), they demonstrate Reinagle's unique approach to form and motivic development.