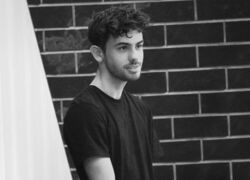 Mr. Turley holds a Master of Music (composition) degree from the Sydney Conservatorium of Music and a BMus (Hons) from the Western Australian Academy of Performing Arts. Alex works on the unceded land of the Boonwurrung and Wurundjeri people.