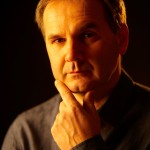 Mr. Zaininger studied at the Mozarteum music school in Salzburg and privately in Munich. From 2015 to 2017 he studied at the Anton Bruckner Private University Linz / Upper Austria, and graduated with Master of Arts degree.

He worked as a teacher in music schools in Upper Austria. From 2000 to 2006, he was a private percussion teacher, and since 2006 he has been director of the Marchtrenk music school.

He founded a number of ensembles, including Talking Mallets, All Percussion Trio Milonga, SBO-Reid, and SBO-Sinfonietta. He played in several orchestras and ensembles, including the Linz Bruckner Orchestra, the Juvavum Brass, the Upper Austrian Brass Band, Sound in Brass.