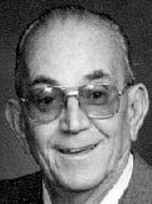 Mr. Davis's educational credentials include degrees from Arizona State University (1943) and additional studies at the Cleveland Institute of Music and Western Reserve University.

Beginning in 1953 with the publishing of his first musical composition for band, Desert Star, he went on to have over 600 band compositions published. He wrote compositions for the Belwin First Division Series which was the outstanding elementary educational series for more than 30 years. He was also a pioneer in developing precision marching football half-time shows. Davis wrote several musical comedies, dance orchestra arrangements, many original band works, and made numerous arrangements of folk and classical music for school bands. He was one of the developers of the First Division Band Method, used widely in public schools since 1963. There are over 400 works in print under his own name and the pseudonym Eric Hanson. Among his honors are ASCAP Awards every year from 1967-1996.