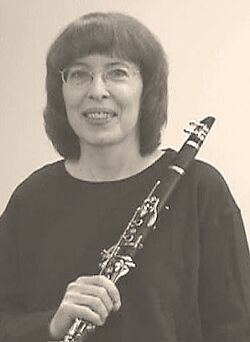 This exciting setting of the well-known Albanian tune Shota captures the festive mood of a village dance. Incorporating the common folk-dance rhythm of long-long-short, this lively piece is scored in cut-time and has a 3 + 3 + 2 eighth-note pattern throughout. The work includes memorable melodies and interesting rhythms and effects, such as trombone glissandos and horn rips.

Eastern Europe has had a long tradition of brass bands, some of which include clarinets and, since the twentieth century, saxophones. Although the instruments now commonly used by concert bands look and sound somewhat different than some of the instruments used by Eastern European bands, this setting of the popular Albanian tune Shota seeks to re-create the festive mood of a raucous village dance, where just such a folk band would have provided the music. Present throughout the piece is the rhythmic pattern of long-long-short, which is a very common folk dance rhythm in many cultures.

This piece is based on part of the finale of the accordion concerto AccorDances, which was written for accordion virtuosos Mark Stillman. The present version was commissioned by Jane Church and the East Lansing High School Concert Band, and was premiered in November, 2003 with the composer conducting.

- Program Note from the score